Home Web Services How Much Data Does Facebook Use

Limited data plans and costly internet services have made users peek at their data usages and find out what in their daily routine is consuming much data.

Today, in this article we will discuss how much data does Facebook uses while using it on android mobile phones and personal computers. Though consuming more than one GB of data per person per month is not a big thing, the concern is how much data and where are we spending that. 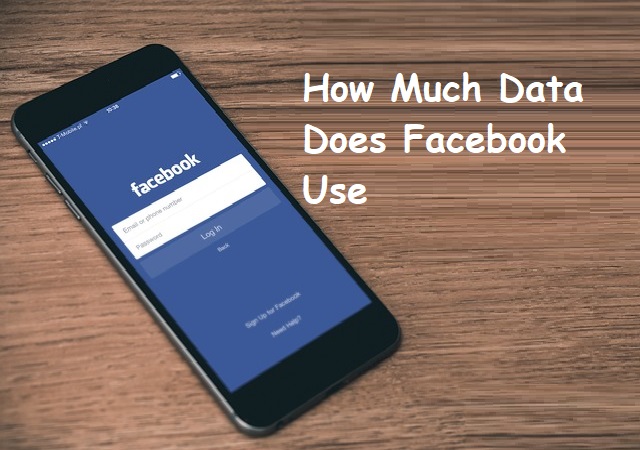 How much data does Facebook use on an Android phone:

A recent survey says that Facebook eats a lot of data depending upon the way that users use the Social Media platform. Talking about the figures, a user spending one hour over Facebook just scrolling the pages will burn approximately 100 MB of mobile data. So if a user will use Facebook for an hour scrolling page, he will consume around 3GB of data each month.

With too many video clips landing each day on Facebook, the social media platform has become a hub for videos. So if you are watching videos rather than scrolling pages over Facebook, you will for sure use much more data than discussed before. Data from a recent study shows that an average user consumes more than 8 billion video clips per day which add up to more than 100 million hours of viewing enjoyment.

Getting more into specific details, a user browsing 50 pages over Facebook will approximately burn 50MB of data per hour. And, if a user uploads pictures and videos on Facebook, then he/she is likely to burn 100MB (per 10 images/videos).

How much data does Facebook use on a computer:

Till now we have discussed how much data does Facebook uses on Android phones, now in this section, we will talk about the data usage on the computer.

A recent study says that a user while sitting on Facebook for an hour scrolling page over the computer will use approximately 130MB of data. Calculating it for a month, the user will spend nearly 4GB in a month using Facebook in a way as discussed.

Note: All the figures mentioned in both the sections regarding data usage while using Facebook over Android phone and personal computer are approximate figures and tend to vary over different devices.

Before coming to the end of the article let’s discuss some ways with which you can control or limit your data usage over Facebook.

So this was from our side in today’s article. Keep in touch for similar posts.

Editorial Team - December 13, 2021
0
Everything About CPI And DPI On Mouse To operate your personal computer or laptop you need various types of hardware accessories, among them, the mouse...